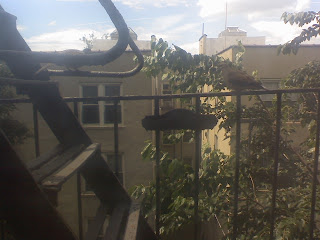 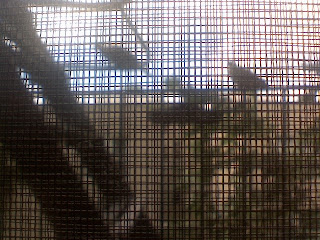 One Newspaper Stand Owner Get Political 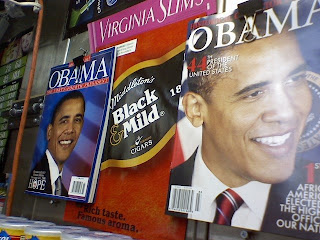 Posted by Large Marge at 8:41 AM No comments: 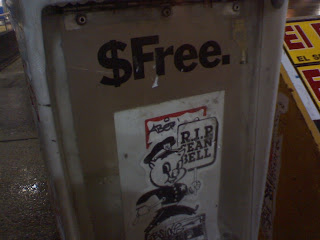 I saw this sticker on a free magazine box at 34th/6th last night and kind of can't believe it's been just over 2 years since the Sean Bell shooting. And, well, better late than never to talk about it.


That cold November night I remember I was leaving a meeting across the street from Mary Immaculate Hospital in Jamaica, when there was all this commotion at the hospital. I think it's a natural reaction for New Yorkers to repel from lots of commotion; at least, that's what this New Yorker does. I chalked up the chaos to just another night in Queens.


I was floored the next morning when I found out what had gone on at Mary Immaculate. Because of that weird coincidence, I have always felt a personal link to the case. Not like, in a creepy I'm-gonna-show-up-at-the-courthouse-and-expect-to-be-an-expert-witness kinda way, but just, I made sure to tune in when the story came on the news or up in conversations.

When a story of race and police brutality comes to light (has it been happening more frequently or am I over analyzing?!), my hackles go up and I immediately assume: the cops were white, the victims were black, and it was the cops' overwhelming racist tendencies that manifested into violence. I'm not gonna get into why I jump to that conclusion...but, obviously, more often than not, it's never that black and white.

I think an NPR report from Lester Spence explains the minuita of this specific case much better than I could. This report and the idea of "thinking without thinking" or making snap judgments based on a lifetime of exposure to a topic, idea, or stereotype, is also the theory of Malcolm Gladwell's Blink.

Does this change how I feel about the case and that I think Sean Bell died tragically and wrongfully? No. Do I have more understanding for why the police took the actions they did? Yes. Do I have faith that the NYPD will analyze this case as deeply as much as scholars and citizens? That remains to be seen.
Posted by Large Marge at 11:10 AM No comments:

I was trying to download some great public domain videos from the Prelinger Archives, but I'm not good enough at decoding HTML to see why the embedded code won't publish.

So, I guess I'll just go back to bed. 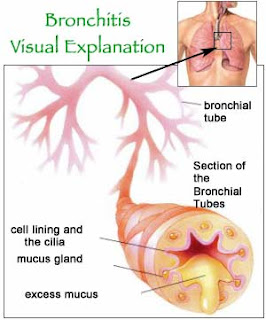 Posted by Large Marge at 6:58 AM No comments:

Last Night I Had A Dream... 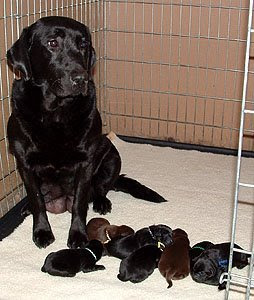 ...that I found a black lab puppy on the subway.

He kept pooping on the seats.

You Cash Give Now